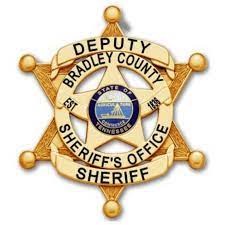 ***BCSO ENDS BURGLARY IN PROGRESS WITH FOOT PURSUIT***
CLEVELAND, TN. (September 7, 2021) — On September 3, 2021, Bradley County Sheriff’s Office Deputies of the 400 shift were called to a burglary in progress on Keith Valley Rd.
Upon their arrival, they detained a male who was waiting outside of the residence in a vehicle. While searching for the second suspect, deputies noticed the back door of the residence, that had been closed, was opened and observed a male standing to the side of it. The male then ran from deputies in an attempt to flee the scene, but was quickly chased down on foot and detained.
The two men were identified as Nathan Price and Dillard Newsom.
Upon further investigation from Bradley County Sheriff’s Office Detectives, it was determined that several items were taken from the residence, as well as an outbuilding beside the residence. The property owner also responded to the scene and identified the stolen items before they were returned to him.
While being questioned, Mr. Price admitted to entering both the residence and outbuilding. At that time, Price and Newsom were taken into custody and transported to The Bradley County Jail.
Nathan Price was charged with Aggravated Burglary and Theft Over $2,500. Dillard Newsom was charged with Aggravated Burglary, Possession of Burglary Tools, Theft Over $2,500, and Evading Arrest.
Sheriff Steve Lawson stated “Congratulations on a job well done to the Sheriff Deputies of the 400 Shift and BCSO Criminal Investigations Division Detectives, for their immediate response and teamwork in apprehending these thieves. The collaboration from both divisions is ultimately what leads to these great burglary arrests and the consistent work you do is very much appreciated”. 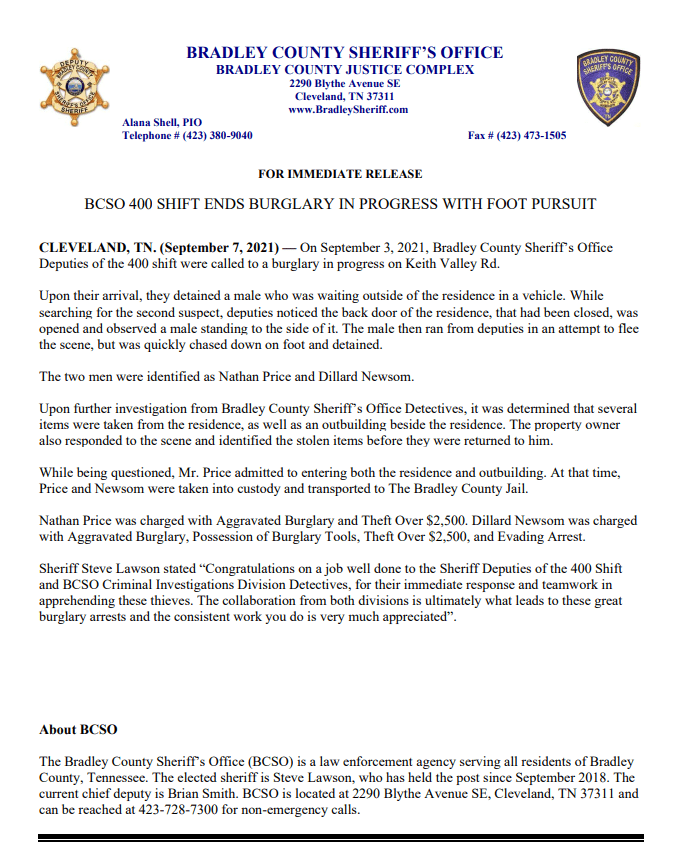