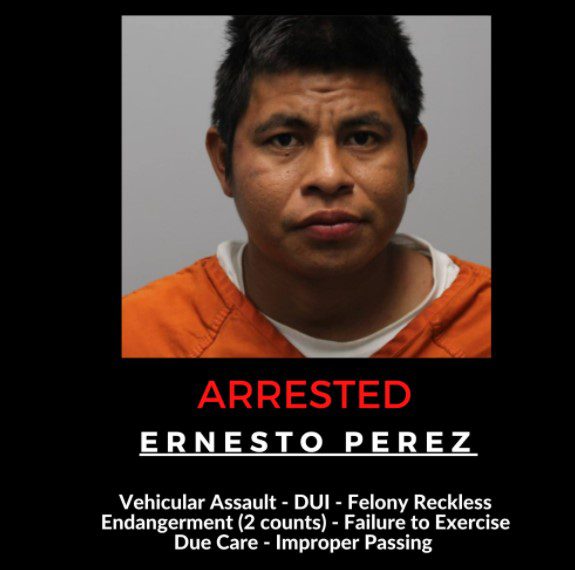 CLEVELAND, Tn. (August 03, 2021) — On August 03, 2021, Bradley County emergency personnel responded to the 5600 block of Dalton Pike to the report of a head-on collision resulting in injuries to three people including a child.

The driver of a black Ford truck was traveling south when it crossed over the center line into the northbound lane striking a red Ford truck. Three vehicle occupants were treated for injuries sustained in the crash including a child, who was flown via Life Force to Children’s Hospital at Erlanger.

Ernesto Perez, 27, of Calhoun, GA, was administered field sobriety tests by Bradley County Sheriff’s Office traffic investigators and arrested as a result. Perez was charged with Vehicular Assault, Driving under the Influence, two counts of Felony Reckless Endangerment, Failure to Exercise Due Care and Improper Passing.