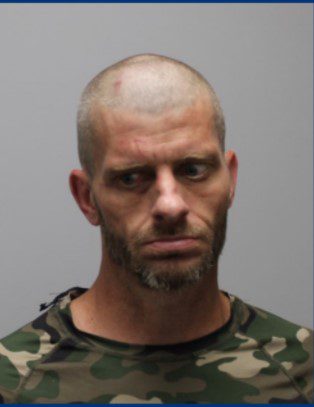 CLEVELAND, TN. (August 19, 2021) — Beginning on July 14, 2021, the Bradley County Sheriff’s Office began having a rash of thefts and auto thefts reported across the county. Investigators were able to identify Richard Devin Waddle as a suspect in multiple cases. It was determined that he had recently moved to this area from Georgia after being released from prison. It was also discovered that he was a convicted sex offender in Georgia and had not reported his move to Tennessee. During multiple attempts to arrest Mr. Waddle, he evaded arrest on foot and he once attempted to hit a deputy with a stolen vehicle.

On August 19, 2021, Bradley County patrol deputies responded to an auto theft report in the 64 Highway area. While on scene, they were able to identify Richard Waddle as the suspect in that case.

Within an hour of the report, detectives located the vehicle at a residence inside of the city limits. At that time, Officers from the Cleveland Police Department Patrol Division, the Cleveland Police Department Crime Suppression Unit, the Bradley County Sheriff’s Office Patrol, and the Bradley County Sheriff’s Office Criminal Investigation Division, responded to the location and had all other occupants of the house come outside.

Waddle refused to come outside and was taken into custody with the assistance of a Cleveland Police Department K9. He was arrested on outstanding warrants for the following charges listed below and additional new charges of Aggravated Assault on an Officer, Felony Evading, and Felony Vandalism, are pending.

Sheriff Steve Lawson stated “It is apparent Mr. Waddle came here with an intent to commit crimes against our citizens. As I have previously stated, Bradley County has zero tolerance for thieves. The Bradley County Sheriff’s Office and Cleveland Police Department, along with detectives from both departments, did a phenomenal job of apprehending Mr. Waddle, as he absolutely needed to be held accountable for his actions.”

All suspects are innocent until proven guilty in a court of law.